Many people have wondered what effect Vail Resorts has had on the Crested Butte area market since the major ski corporation bought Crested Butte Mountain Resort in 2019. It is impossible to identify exactly what effects Vail’s new ownership has had on the real estate market, largely because of other factors such as a booming ski industry, an uptick in property values, and low housing stock due to COVID and other market influences. But there’s no doubt that such a major player in the ski industry brings new levels of attention to its acquisitions, and the introduction of the Epic ski pass creates an easily accessible network of national and international resorts.

While Crested Butte was a unique purchase for Vail, we touched base with Realtors from other recently acquired ski towns to learn more about the impact on their resorts and local communities. Like in Crested Butte, property values and stock prices have gone up and investment in infrastructure has improved, but in many ways, things have stayed mostly the same—which can be good news for a place like Crested Butte that is known for having a bold and independent identity all its own. 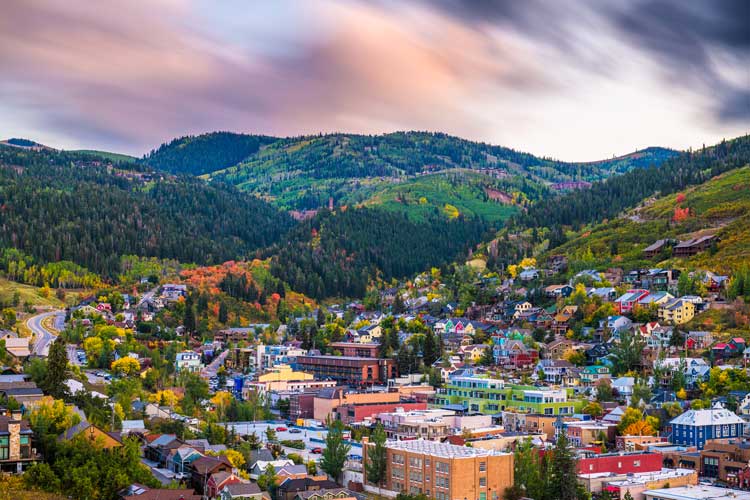 Park City, Utah already had a central location near an international airport, but Vail Resorts brought stability and cohesion when it purchased Park City in 2014 for $182.5 million and bridged it with the neighboring Canyons Resort.

Sean Matyja, an associate broker with Summit Sotheby’s International Realty in Park City, has been in the Park City area for almost 25 years and a Realtor for 17 years. He provided comparisons of the number of homes sold and their average and median values prior to Vail Resorts’ purchase of the ski areas. Even pre-COVID, those numbers went up significantly from 2014 to 2020.

“It just keeps steadily increasing ,” says Matyja. “And the growth has been way more accelerated since the pandemic. It has been a surprise.” Matyja says most buyers he sees are coming from Park City, Las Angeles, San Francisco, Florida, Chicago, Atlanta or New York.

Matyja believes the versatility of the Epic Pass makes a difference. “A lot of the valuation seems like it is more of an Epic Pass effect than a ‘Vail effect’ because the Epic Pass has made it easier for people to give the area a try,” he says. This proves true in Crested Butte—Epic Pass skiers visit Crested Butte more than they did before their pass gave them access to the relatively remote mountain. That means more people traveling from the Denver Metro area, as well as national and international visitors, creating a sort of ‘Epic Pass tourism.’

Vail Resorts has made some major infrastructure changes to the Park City resort by adding a gondola connecting it the what was formerly the Canyons Resort and combining the two resorts into one larger one.

At Crested Butte Mountain Resort the company has likewise made several improvements in its first few years of running the ski area. The company addressed long deferred maintenance issues on chairlifts, rerouting and replacing the Teocalli Lift, removing the defunct Twister Lift and replacing the Peachtree Lift while regrading the terrain it serves. The company has also branded CBMR as “Wild,” which is fitting for the hard-charging local culture. 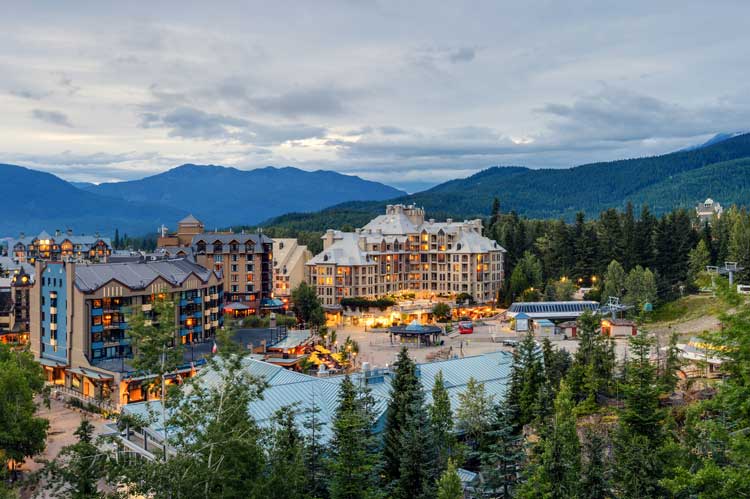 Whistler Blackcomb Realtor Meg McLean says the world-famous ski area in British Columbia has a similarly strong and close-knit, hard charging locals’ culture. She describes a unique ‘Whistler energy’—when buses aren’t working people offer rides to one another, and they appreciate the closeness among their community members. “Whistler is such a small town, and people want to have longevity. Everyone’s here to help each other,” she says. And while ownership changes can be disarming for local residents, there has also been a lot of opportunity for the Vail Resorts company to diversify into the international market and to learn from its newly acquired ski areas.

“Whistler Blackcomb was already ranking in the top of ski areas internationally,” says McLean of Vail Resort’s 2016 purchase for $1.39 billion. She and her husband have been in Whistler for many years and McLean has practiced real estate there since 2015. “Everything from the children’s ski school to food and beverage and the base area—we had a good overall product already. It was such a well-oiled machine, and the programs were in place,” she says. The company’s stock after that purchase went from $24.14 to $36.63 per share, which perhaps reflects Whistler’s high regard.

There was also a new learning curve. “We are different here. Our COVID rules, our vaccinations, our holidays here,” explains McLean. “They were having to think differently for their Canadian branch.” The acquisition provided an opportunity for Vail Resorts to learn how things worked in Whistler, she says. “I know that they care, and they are learning a lot from Whistler Blackcomb,” she says.

Beyond some changes to more American style food in the on-mountain dining, some staff changes, and working with the American currency exchange rates, McLean says not much has changed there as an identifiable result of Vail Resorts’ ownership. But of course, Vail Resorts is bringing in new Epic Pass users to the area.

McLean is an owner broker of her own real estate team, and says her clientele is still mostly Canadian. “We see maybe 1% or 2% Americans investing in homes here. It might be the extra hurdle of getting a Canadian mortgage, a Canadian bank account and dealing with the Canadian taxes,” she suggests, “but the clientele I see are still mostly Canadians.” Property values have gone up, but McLean points to other possible reasons. “A lot happened with Airbnb and VRBO and people realized they could make money on their property. Then people run their property as a business,” she says, “but that has not made a huge impact on real estate.”

One perk McLean has noticed which alleviates the tight rental market is the on-mountain employee housing. “That’s a huge perk to work with their company. They have staff accommodations,” she says.

In Crested Butte, Vail Resorts has been in talks with the local municipalities and Gunnison County to attain master leases on new housing proposals, and Vail Resorts announced this spring a plan “to aggressively pursue building new affordable housing on the land we own, and pursue company leases in existing affordable housing developments, so we can make housing more accessible and affordable for our employees.”

Only time will tell how Vail Resorts will influence Crested Butte’s culture, employee housing, or other amenities for the ski area itself. But so far, it seems the gem of the West Elk Mountains is appreciated in the Vail Resorts portfolio for remaining as unique as ever.